Dr. Ray Greenberg, former President of the Medical University of South Carolina left his post last week to take a position in Austin, Texas with the University of Texas System as executive vice chancellor of health affairs.

I have had the privilege of knowing Ray and his impressive wife, Leah, personally, and served on MUSC’s Foundation Board with Ray. We bade farewell to him at Friday’s Quarterly Foundation Board meeting and Jim Fisher, Director of Development at MUSC had this to say, “(Ray was) the smartest guy in the room, and the hardest working guy in the room and the most compassionate individual I know.” These words make one want to be a better person to then no sooner learn that Dr. Greenberg left his Presidency post of 13 years, not touting the unprecedented accomplishments he championed, but touting ONLY the accomplishments of OTHERS. 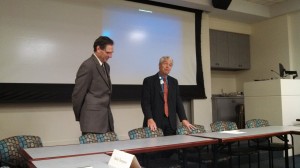 For the 2nd time ever in over 50 years, our Board bestowed Ray with an Honorary Directorship in recognition for his exemplary contributions, personally and professionally to the Board.

UT’s press release notes just the tip of the iceberg of a long list of accolades, including “record-breaking” fundraising, attaining a National Cancer Institute designated center (Hollings Cancer Center, THANK YOU, RAY) successful collaboration with SC legislators, hurdling an inherited $75M deficit and then some.

Our community has lost 2 amazing people with the Greenberg’s departure—they have left this place better than they found it.

Words, and Deeds to live by. 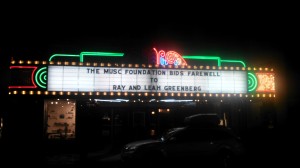