Soft retail earnings: Consumer retail purchases were up after a first-quarter decline. Sales rose by 0.4% (just shy of the 0.6% consensus), and 9 of the 13 retail categories posted gains. As expected, early second-quarter gains suggest the first-quarter decline was just a blip. 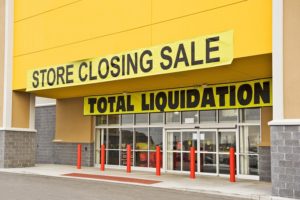 Continuing concerns over store closings: A report last month concluded that in excess of 8,600 brick-and-mortar stores could close in 2017 due to poor sales. Last year, at least 2,000 stores shut their doors, while just over 5,000 closed in 2015. The record for store closings occurred in 2008 when over 6,000 stores closed.

This week, we will look forward to data regarding the strength of the housing market. Though the highest percent of consumers in over 10 years report positive opinions on selling homes, next week’s numbers will give us a better idea of where the markets stand. Finally, the market will continue to watch oil prices, which steadied this week after three weeks of decline.

In the weeks ahead, possible corporate tax rate reductions and potential trade policy changes will remain in focus for markets. In addition, markets will remain interested in the Fed’s interest rate plans and its plan to reduce its $4.5 trillion balance sheet.

As always, we will continue to track the impact of international and domestic political news on the markets and the economy.