01 MaySell in May & Go Away? Using Market Seasonality to Guide Your Investment Strategy 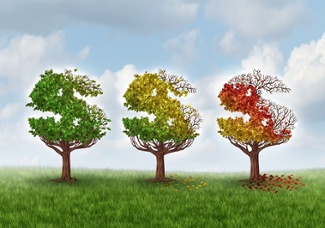 Ever hear the old investing adage “sell in May and go away”?

What exactly are the stats on such a broad and far-fetched so-called investment “strategy,” and what is the “strategy” specifically (emphasis on the quotations here)?

You can find the particulars of “sell in May and go away” in the Stock Trader’s Almanac, published by Yale Hirsch, which some use as a source of information on the stock market (FREE COPY to the top 10 comments on this post!).

The premise of their “Market Seasonality” study is that, historically speaking, the market performs far better during the November – April time period than it does from May – October.

Well… what are the stats, right?

Thanks to our friends at Dorsey Wright, here’s the music:

Based on a $10,000 investment in the Dow Jones Industrial Average on May 1 and selling that investment on October 31 each year since 1950, you would’ve lost money over the last 65 years…

Below is the Six-Month Switching Strategy first published by Stock Trader’s Almanac, starting in 1950, based on the Dow Jones Industrial Average. The first data set reflects the May 1 – October 31 period, while the second column shows the November 1 – April 30 time frame. 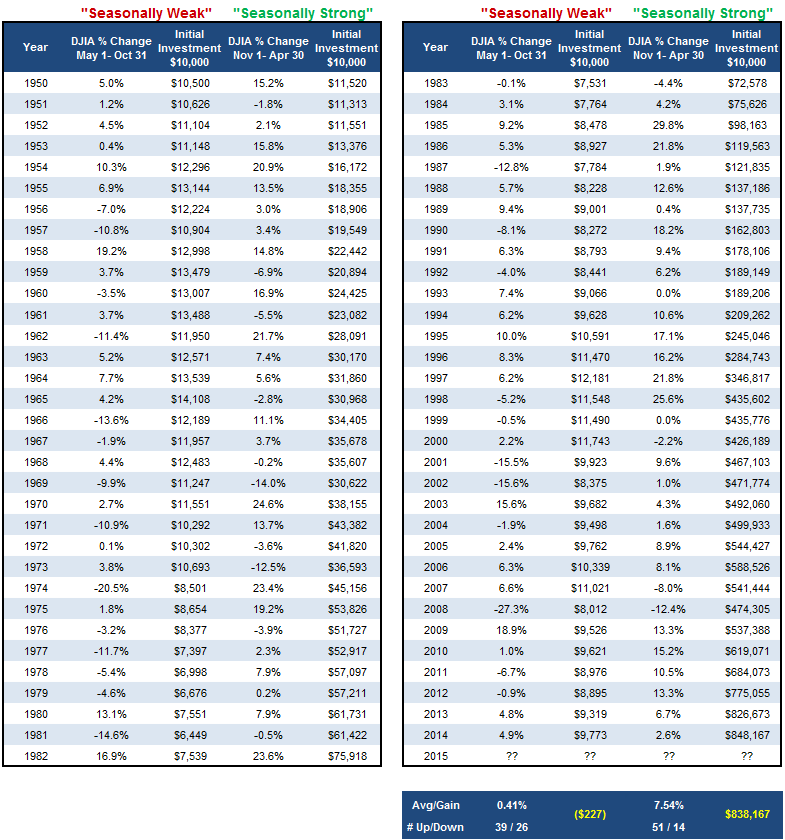 So, what does one responsibly “do” with this information?

Sell in May and go away? NOPE.

First off, while the study and stats are quite powerful, the Dow Jones Industrial Average is only one index.

If this study included the S&P 500, for example, i.e. a sample of 500 stocks versus 30 on the Dow, wouldn’t that be a bit more credible and useful?

The point is that selling in May and going away is NOT a strategy to be implemented in any portfolio.

The point here is that the strategy that investors should be implementing, is to avoid double-digit portfolio losses like the losses in 2008 experienced by 82% of investors (this is a wild and I suspect a conservative guess). A strategy that employs relative strength will steer you clear of these types of losses and bear markets, in particular.

With the emergence of the Robo-Adviser and the likes of our competitors (the almighty of no-no’s in a blog…mentioning the competitors!) like Personal Capital, Bettermint, and Wealthfront, how will they make sure you’re invested prudently in the next downturn? Will their stale pie charts that diversify you across all asset-classes help?

You guessed it – NOPE.

Only a non-emotional, rules-based, no-fad approach to honoring risk over return will steer you away from markets like 2008 when we knew equities were not the place to be.

This May, we’re NOT going way, but we may in June – if, and only if the indicators say so, NOT the Stock Traders Almanac.