Stocks continued their advance on generally strong earnings reports this week despite the GDP report showing a slow first quarter economy. The S&P 500 rose 1.51%, the Dow gained 1.91%, and the NASDAQ added 2.32%. On Tuesday, the NASDAQ posted record highs as it closed over 6,000 for the first time. Internationally, the MSCI EAFE was up 2.97%.

On Friday, April 28, we learned that first quarter GDP increased a modest 0.7%, lower than the reported consensus expectations of approximately 1%. Oil drilling and housing performed well, but consumer spending fell, largely due to poor auto sales and lower utility bills. Consumer spending, the largest segment of our economy, rose by only 0.3%. 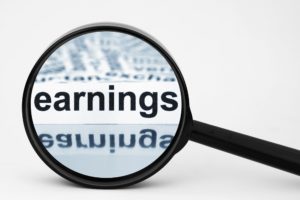 While this growth is slower than the 2.1% last quarter – and the lowest we’ve experienced in three years – the picture is likely not as negative as it may seem at first. Not only did mild weather affect consumer spending on heating, but the government has also acknowledged its challenges accurately calculating data for first quarter GDP.

In addition to these GDP readings, a number of other events and data releases contributed to market performance this week.

North American Trade Experienced Tension: On Wednesday, April 26, reports that the U.S. may pull out of NAFTA created concern in financial markets. By Thursday, however, markets calmed after President Trump said he would agree to requests from Canada and Mexico’s leaders to renegotiate the decades-long trade deal. As these negotiations continue, two controversies lay in the background:

Finding the right solution for the negotiations is important to the U.S., Canada, and Mexico. NAFTA affects a significant portion of each country’s economy, including industries such as farming, automotive, and energy. Trade with the two countries accounted for approximately $584 billion in U.S. exports in 2016.

With Congress avoiding a shutdown last week, the markets should focus this week on:

By Friday, most remaining S&P 500 companies’ earnings reports will be in, including Apple, Facebook, and Pfizer. Looking ahead, we will watch for what economic stories emerge from the data we receive, including the upcoming jobs report. For now, despite the first quarter’s initially slow GDP growth of 0.7%, expectations continue for 2.5% growth in 2017.