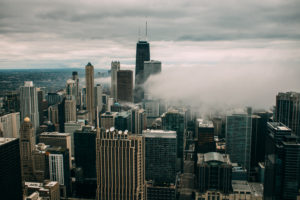 Among last week’s major events was a shockingly good July jobs report. Last month, the economy added 255,000 new jobs, blowing away expectations of 180,000 jobs.[2] Even better, the gains were broad-based and the labor force participation rate (an area of concern because fewer people in our population were actively participating in the labor force) ticked upward.[3] Overall, not too shabby.

Headline unemployment remained stable at 4.9%, but that single number hides a lot of complexity. Let’s dig a little deeper. The chart below shows six different measures of unemployment, each slicing the data in a different way.

The U-6 unemployment rate is the most comprehensive, showing total unemployed, marginally attached workers (discouraged workers and those considered barely employed) and those total employed part time for economic reasons.[4]

You can see that all measures rose during the recession and have been steadily dropping ever since. While headline unemployment (U-3 unemployment in official parlance) stands at 4.9%, U-6 is still at 9.7% (almost two percentage points higher than the pre-recession low of 7.9% achieved in 2006), indicating there are many people who haven’t participated fully in the labor market recovery; however, the rate has fallen significantly from the 17.1% high it reached in 2009. All told, most areas of the labor market are still making gains.

Britain’s central bank moved to lower interest rates to fight the Brexit blues. The Bank of England cut interest rates for the first time in nearly seven years and announced an aggressive round of bond purchases to stimulate economic activity.[5] The bank is moving quickly to head off a possible economic blowback from Britain’s vote to exit the European Union.

Will the Federal Reserve raise rates while one of our major trading partners is going the other way? We’ll see.

Factory orders fall. New orders for manufactured goods fell in June for the second month in a row, though stabilizing business spending offers some hope.[8]